For thousands of years, astrology is being studied and practiced all over the world. It plays an important role in the scientific, medical, philosophical andpsychological fields.Mesopotamia, Egypt and Greece are the regions who led the way to the invention and evolution of astrology and horoscope. Study of the influences of the planets, stars and other celestial phenomena on human lives is the basis of Astrology which was founded on the strong religious belief of mankind.

In olden days, it was confined to observations and examinations of the celestial bodies such as planets, stars etc., which were believed to depict omens that might affect kings and kingdoms, as planets and stars were thought of as Gods or their direct subordinates. 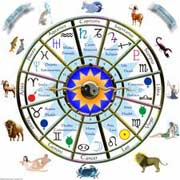 After Alexander the great invaded and conquered Persia during 331-330 B.C. Alexandria, founded by the emperor Alexander, became one of the most famous of the Hellenistic capitals. Hellenism is the term describing the Greek way of life. Hellenistic kingdoms were established throughout south-west Asia and north-east Africa. It paved way to the entry of Greek culture and language into these new realms and large number of Greek colonies started creeping in. Different cultures came under one rule for the first time. In spite of the fact that these people belonged to different sects, the Babylonian tradition and culture were predominant in the entire kingdom. The differences in culture such as astrological, astronomical and philosophical, amongst Egypt, Babylonia and Persia came to a state of fusion which led to the blend of the systems of astrology of these regions.

About 250 BC, a large number of the common citizen became interested in astrology. However, posing logical arguments against astrology such as "people born on the same day at the same time have very different destinies" and "people born on different days at different times sometimes die at the same time", the conservatives tried to subvert the spread of it among the believers. Several attempts were made to expel all astrologers from the empire. Despite this, spread of astrology into Rome could not be stopped. Eventually, astrology was accepted because of the fact that Romans had certain respect for the Greeks' education. By the time Alexandria started to decline, the scientific revolution was over, and astrology was accepted and believed by almost everyone. Had the Romans not allowed astrology into their culture, the phenomenal growth of astrology and horoscope might have been in peril, and this aspect should be construed as a prime psychological contribution, apart from the substantial work of some astrologers such Nigidius Figulus, Lucius Taruntius Firmanus, Marcus Manilius ,Julius Firmicus Maternus, Paulus Alexandrinusas etc., that the Romans have made to the art. 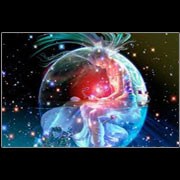 Claudius Ptolemy, a Roman citizen of Egypt and believed to have been born in the town of Ptolemais Hermiou in 90 A.D, is considered as the father of modern Western astrology. Western astrology arose out of the astrological writings of Ptolemy. "Tetrabiblos", developed by Ptolemy is the most important surviving ancient texts on Astrology. Even though his hypothesis that the Earth stood fixed at the center of the universe, with Sun, Moon and other planets whirling around it was disproved, this theory is still followed for the calculations of positions and movement of the celestial bodies. Ptolemy systematized the study of planets, stars, houses as well as the signs of the zodiac.

The manner in which Ptolemy set the functions of each of these elements is being followed as a set of rules even now. He invented tropical zodiac which is a zodiac of signs marked by the vernal equinox. This solved the problem of precession and the occurrence of two zodiacs viz. the zodiac of constellations and the zodiac of signs. He bears the credit for propounding the geocentric theory that prevailed for over 1400 years only after when it was accepted that the earth was itself another planet orbiting around the sun. He died in Alexandria around A.D 168. 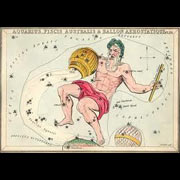 Tetrabiblos was originally Mathematical Treatise. This work of Ptolemy constituted the basis for the modern astrology that is being practiced in the West. It consists of four books and each dealt with different aspects of astrology. First one shows his vehement emphasize for the need not to abandon astrology, because he felt the need to defend it in view of the strong opposition it was facing at that time. In addition to this, the alignments of the planets, the moon and the sun with clear description of their favourable and unfavourable positions have been dealt with.

The facts about the signs have also been explained in this book. Ptolemy, as was in olden days, paid importance to the astrological effects concerned more with the races and countries than with the individuals. In his second book, Planets and countries according to the astrological influence of the former on the later are vividly portrayed. He has also explained how the position and the movement of planets and celestial bodies affect the weather on the earth. The third book concentrates on astrology concerned with individuals. Ptolemy suggests that time of conception of the concerned person would be preferable to the time of his birth for determining the rising sign, the moon's phase and movements of the planets. This perception is not acceptable to many because the time of conception of a person is not easy to ascertain and they adapt only time of birth for the purpose. Sun and Saturn are considered as father's influence and Moon and Venus as of mother's. 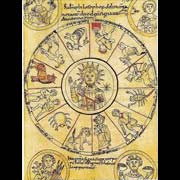 The particular angles of various planets were used to find out matters relating to matters of occupation, marriage, children, travel etc. The forth book deals with these subjects. Different forms of astrology as we know it now have evolved from the very nucleus called Tetrabiblos, of course, with very few modifications. The precession of the equinoxes has not been given its due importance by Ptolemy and this lapse is considered as another biggest flaw in his work. In spite of many errors and misconceptions the Tetrabiblos has proved invaluable till date. Though many developments took place and many systems of astrology have been evolved, Ptolemy's contribution to this field is commendable. It is imperative to mention that Romans stand to share the credit by accepting astrology into their culture, despite the fact that it had to face a frantic opposition from the contemporary old school of thought.