PLUTO IN THE TWELVE SIGNS

The placement of Pluto in the natal chart signifies the challenges we are to face in life and the transformation it would bring about. It has to do more with the masses and not on the individual lives.Pluto denotes the wrapping of the old and the brining in of newness in our lives. Its energy is so mild as it is far away from the earth, yet it is likely to bring about major changes for the inhabitants of the earth.

Pluto rules over the secrets in our lives. It is likely to bring about radical changes when the cat is let out of the box. Pluto also has to do with things that we are holding on to in life which we ought to get rid off. Pluto means to rule over our past regrets and hurts in life as well. When we let go off them there would be bliss in our lives.

Pluto in our natal chart rules over our self-empowerment, the power we have within ourselves and which we have not yet brought to work. This power helps us to evolve in life. Presently Pluto is placed in the house of Capricorn and would be there till 2024. 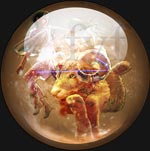 Natives born with Pluto placed in the house of Aries in the natal chart are quick and fast to take advantage of situations which are favorable for them. They like to get everything impulsively. If not then they look for other greener pastures. Patience is something that is not found in them. However they should learn that rash decisions always do not work in life.

Pluto in Aries individuals are highly optimistic and do great things in life through their sheer will power and inner guts. If a project does not work then they are quick to switch to other things. They are found to rebel against established norms in society. They yearn for freedom from anything in life. 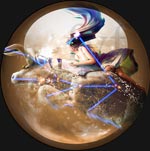 When Pluto is placed in the house of Taurus the natives are found to be highly stubborn and persistent to the core. They are adept in handling resources. Materialism attracts them and they are know to cling on to their possessions for long. They make good and stable friends yet make sure that they get benefitted in the long run.

Natives with a Taurus Pluto cannot be satisfied easily in life in terms of resources. They go after pursuits one after the other. They should take some time off for other selfless pursuits as well. They should learn to look at life from a different perspective. Natives like to have an orderliness and they hate frequent changes. They make a slow and steady progress in life which cannot be perceived easily in the short term but they excel in the long term in terms of personal progress and financials. 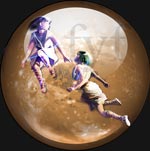 Gemini in the house of Pluto makes the natives very inquisitive and thirsty for knowledge. They are born with great ideas and have an intellectual bend. Their versatility pays them better in life. However many are found to be scatter-brains hopping from one idea to the other that they do not succeed in life. Particularly they suffer in relationships. Curiosity kills the cat they say.

Natives with this placement of Pluto are adept in brining about major changes in terms of technology and innovation. They try new means of communication to get their messages across the board. They have great liking for understanding the true meaning of life and its consequences. They are known to bring about novel ideas to the fore but the negative is that they do not stick to their heels for long. 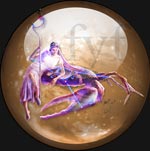 Pluto in the house of Cancer makes the native get their power through their sensitive and emotional nature. They make good friends and parents with an innate nurturing talent. However they should learn to control their emotions and keep it under check else it might mar relationships on the long run. Possessions and relationships are of value to them that letting them off would be a big problem for these guys.

Natives with this placement stick on to age-old customs and traditions. they have great family values and are protective of their family members. But when faced by hard challenges they retreat into their hard shell. Natives have several ups and downs in life that would question their sense of security in life. Some are found to suffer from compulsive disorders. 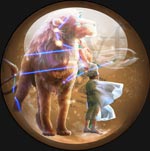 When Pluto is posited in the house of Leo, then the natives would crave for recognition and limelight. They like challenging situations that let them grow in life. They are good in leadership skills and like to lead a team. However they need constant appreciation for their works.

Most of the natives have ego as their negative trait. They are more concerned about authoritative positions and indulgence would be a weak point for many. Self-obsession would be found in most with Pluto in the house of Leo.

This placement makes the native have an interest in creative expressions like drama or entertainment. Some have a penchant for gambling and speculative deals. They are known for their extravaganza in life and some grow to great heights in life by their sheer sense of determination and hard work. 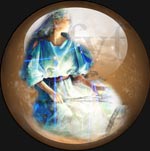 Pluto in the house of Virgo would make the individuals highly obsessed with whatever they do or like. They have great analytical and perceptive skills. Their organizing capacity is good and some of them would be highly emotional in life.

Health related works attract them and some have compulsive disorders related to health and hygiene. They do not like to hog the light and instead prefer the background for their works. Some with Pluto in Virgo are highly critical of themselves and those around. Perfection would be their forte in whatever they do. Some natives have a liking for science and technology studies.

Most with this placement of Pluto are more bent on security of life and health of their family members that their own self would be put to stake. They are highly content when they are into social or charity works in life. 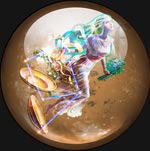 Pluto in the house of Libra makes the natives very compulsive in nature. They are hard workers and put all their might to help themselves and those around. However some are found to be very impulsive in their acts, they take hasty decisions. Most of them have a conservative approach towards marriage and relationships.

Peace and harmony is what they aim in life and around them. They strive to achieve by all means. Justice and diplomacy are their keywords. War, fights and discords hurt them a lot. The natives have a great liking for arts of various forms. They form a balancing act when they judge people. Compromise is what makes them like life and they make great lawyers and judges in society. 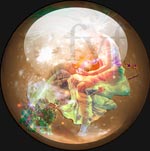 With Pluto in the house of Scorpio, the natives would be highly intense, sensitive and would be ruled by their emotions. However they can understand the emotions and feelings of others. They are fond of secrets and many natives are found to unearth many hitherto unexplored secrets. They are more attracted to unconventional ideas in life.

Anything that is secretive or fixed as taboo by the society like sex, death and the occult sciences are what they fancy for in life. Some with Pluto in the house of Scorpio are likely to have negative dark thoughts in life. If they can deny these thoughts and look out the positive side of life then they can accomplish great things in life.

Most with Pluto in Scorpio are mentally strong. While some are said to be highly manipulative others work for the betterment of mankind in their own little ways. They are likely to rebel against established norms in society and would free people from many hidden gutters. 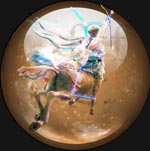 When Pluto is placed in the house of Sagittarius, the natives have a liking for freedom, independence, adventure and exploration. They like to travel far and wide and gain a lot of experiences. Some would be more than willing to question traditional customs and codes.

These natives would get provoked when their freedom is targeted. They have a different view on spirituality and religion. Education and research works are taken up by these natives with ease. Travelling and learning new cultures and places gives a fillip to these individuals.

Pluto in Sagittarius makes the natives very studious and lovers of risks in life. They are bold and courageous and tackle challenges head-on. Most of them are highly optimistic and plunge into opportunities as and when they appear on the horizon. But then some are found to act hastily which would result in their downfall. When confronted they may turn into great nightmares to the other party. 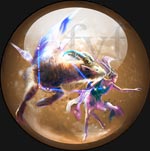 When Pluto is posited in the house of Capricorn the natives would be doubly cautious with life. They take slow and steady steps and make sure that they do not slip down. They are very ambitious but patience pays them off. They take small changes that would not affect life in general.

Natives with Pluto in Capricorn are good in organizing. They bring order against chaos and might be seen to challenge authoritative steps. They like others to follow their rules. This placement of Pluto makes great politicians. People born with Pluto in Capricorn like to create new world order and might turn up a revolution, just like the present technological revolution going on. Natives are more practical when compared to the other Pluto placements. 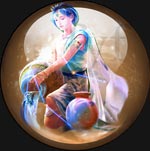 Most of the natives are born to bring about major changes in the society and humanitarian angles. They are more concerned about personal and universal liberty and equality. They have the opinion that they know everything under the Sun. 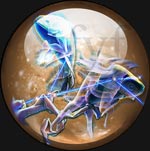 People with Pluto in the house of Pisces are found to be highly sensitive and emotional. They are more concerned about satisfying others and acting in their favour that they miss out so much in life. Some of them lead a secretive but manipulative life. Most of the natives live in fantasy and fail to come to reality.

Some with this placement of Pluto might fall in for addictions of sorts like drugs, alcoholism, etc. They have an inherent artistic talent and can be an inspiration for those around. Spirituality and social works attract them. They have a sympathetic approach and can serve the poor and the downtrodden with ease. Some are found to have psychic tendencies and a liking for the occult sciences.