What are cusps in astrology? Is it a myth?

If you were born on a Cusp, this article is for you.

You may have grown up feeling like your personality was a mix of different signs, and there was no explanation as to why you never quite fit in with anyone or could not get along with certain people. Perhaps you have always felt like an outsider - like the person who just doesn't get it. 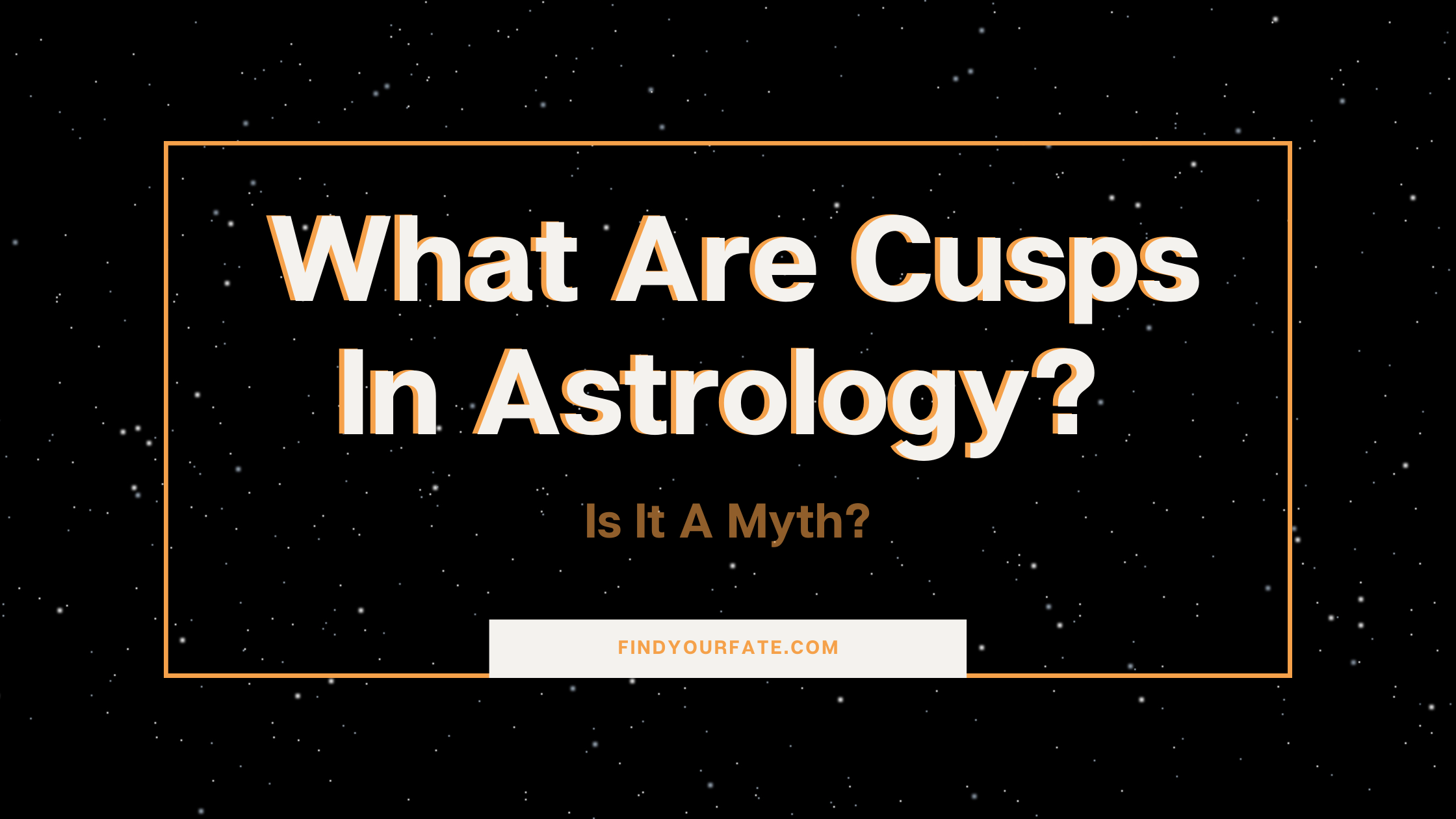 What are Cusps in Astrology?

As you may have noticed, each birth chart is divided into 12 sectors that are called Houses. The 12 zodiac signs are organized into these 12 houses according to their position at the individual's time of birth. A cusp is a border that separates one sign or house from another and is the moment when a person's birthday falls between two signs.

For example, my friend just had her 30th birthday on January 20 at 3:02am, and it was right at the transition between Capricorn and Aquarius, which lasts from January 16 - January 22.

This makes her an Aquarius because she was born on January 20; however, her birthday falls in the transition period between Capricorn and Aquarius, which is considered the cusp of Capricorn.

Each section, one of the 12 sections in a birth chart that represents the zodiac, consists of 30 degrees, and the Sun travels through each of these degrees in about 30 days (or the length of the zodiac season). It takes about 30 days for the Sun to complete one full cycle of degrees through the zodiac.

So when a person is born on the cusp, the Sun is usually traveling through the last degree of one sign and into the beginning degrees of another. Because of this, their personality is a blend of both signs, dominated by the sign in which the degree in which they were born.

Are cusps just a myth?

In the astrological community, cusps are very real and are incorporated in astrological readings by astrologers.

In the twilight days between signs, one is rising while another is setting. The qualities of both signs are present in the individual born on a cusp, making them symbolically complex and rich.

Pop psychology, pop culture, pop astrology, and/or new age ideologies have perpetuated the myth that cusps born people are both signs, which is not true. A person born on a cusp may experience a blend of two signs, but they remain dominated by the sign they were born. 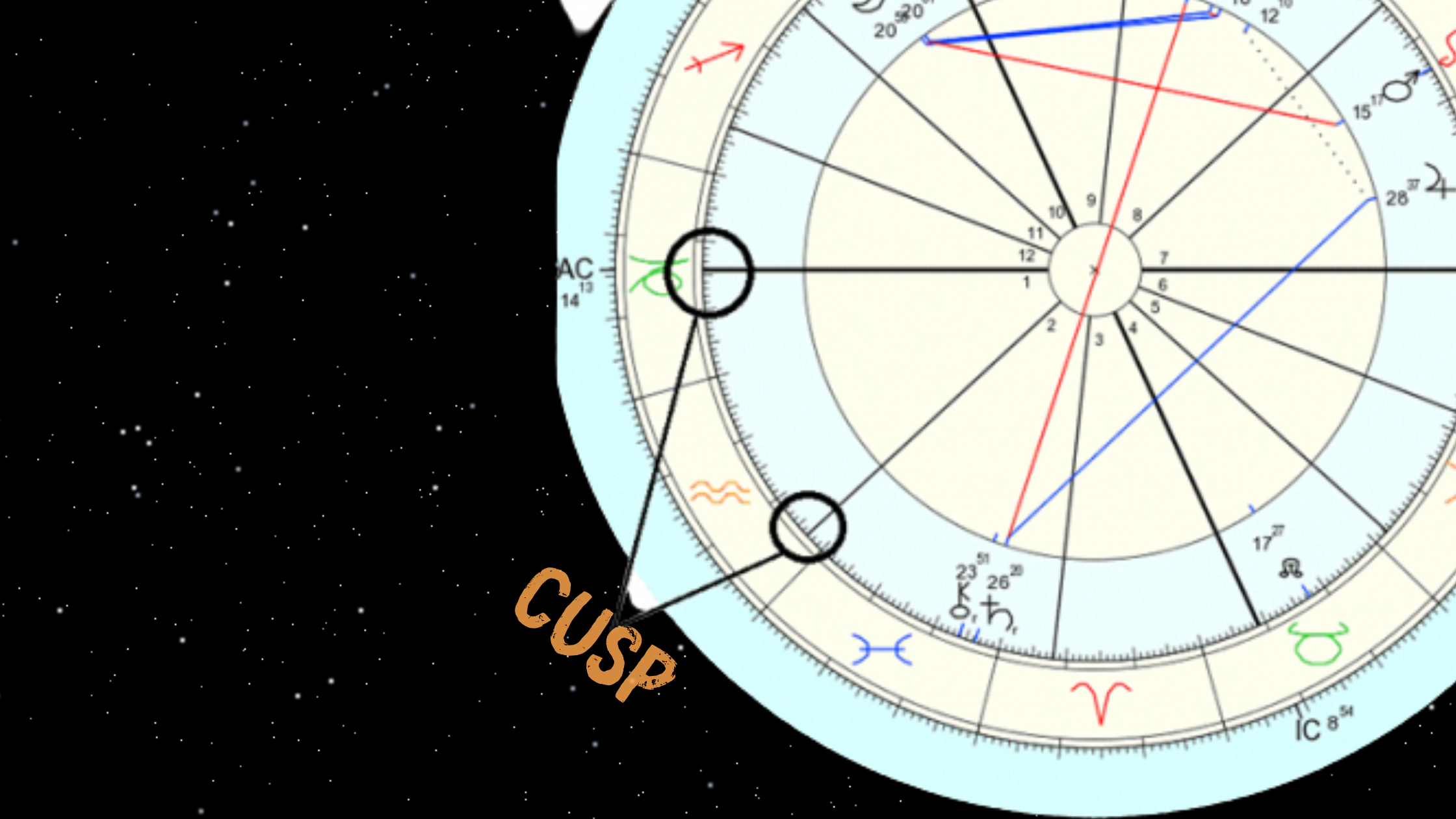 What is the significance of a person's birthday falling on the cusp?

The significance of a person's birthday falls on the cusp between two signs expresses the tension between two opposing forces present during that turning point in time.

The theme of the cusp is one of conflict and duality, action and reaction, cause and effect. Having a strong influence from both signs also means there are times when you experience a tug of war within yourself, balancing the needs and desires of self and the desires of others.

Cusps have some significance for astrology as these are transitional times when energies cross over into new territory. Astrologically speaking, cusps represent the time between a new season and an old one.

The cusp represents situations that require transition or change. Being born on a cusp means being involved in the effects of both signs inherent to a particular cusp.

Cusps are considered more relevant than most people realize because they emphasize an individual's unique combination of energies.

What astrologers think about cusps

Pop astrology has a lot to answer for when it comes to misinformation about cusps.

As mentioned before, cusps are transitional times when energies cross over into new territory. This is the main significance of a person's birthday falling on the cusp.

How to determine if you're born on a cusp?

To determine whether you're born on a cusp or not, all you have to do is see when the Sun changes signs. For example, if you're a Capricorn and your birthday falls between January 19 and 22, then your birthday is on a cusp.

Astrologers use the transition of the Sun to determine whether someone was born on a cusp or not. Below are the dates

Examples of those who are born on a cusp

On February 20, 1988, Rihanna was born on the Aquarius-Pisces cusp, also known as the Cusp of Sensitivity. She is an excellent example of a person born on the cusp due to her vast amount of self-expression that is both deeply emotional and wildly uninhibited.

On the cusp of Sagittarius and Capricorn, also known as the Cusp of Prophecy, one of the world's most famous actors was born. Born on December 18, 1963, Brad Pitt is the perfect example of someone born on a cusp due to his fiery energy and passion for life.

On February 17, 1963, this multi-talented man was born on the Aquarius-Pisces cusp (also known as Cusp of Sensitivity). During his athletic career, he became famous for his ability to win and his inability to lose graciously. Michael is an excellent example of someone born on this cusp due to his over-the-top competitiveness and relentless drive to be an expert in his field.

A cusp is a transitional time between two signs, which means that the energies of both signs are present in one person. Transitions can bring about conflict and duality that causes tensions within an individual to surface. Cusps are relevant for astrology as these are times when energies cross over into new territory, making them symbolically relevant for those born at this time.