For thousands of years, astrology has been studied and practiced all over the world. Primitive astrology was very much confined to the observations and examinations of the celestial bodies like planets, stars etc. The positions of these celestial bodies were believed to depict omens that might affect kings and kingdoms, as they were thought of as Gods or their direct angels.

At the time when astrology was founded, benefits of astrology were not meant for individuals. After the invasion and conquest of Persia by Alexander the great during 330-330 B.C., Hellenistic kingdoms were established throughout south-west Asia and north-east Africa. 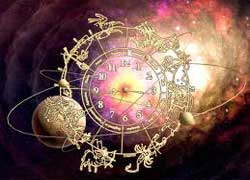 Greek philosophy and Egyptian astronomy played a vital role in revolutionizing the then prevailing forms to blossom into a different kind, horoscopic astrology of the Hellenistic period. Unlike the primitive astrology, the Hellenistic astrology has made a significant contribution by tracing individual horoscopes based on the date and time of one's birth. The improvement in this direction interested other regions like Europe, India and the Middle East and soon spread to other nations also

As a shift from the traditional way, drawing up of natal chart (astrological chart of an individual for the date and time of his birth) according to the position of the planets and stars came into practice which is considered as a significant contribution of Hellenistic astrology. This new form quickly spread across the ancient world into Europe, and the Middle East. Claudius Ptolemy, a mathematician, astronomer, and astrologer who lived in Egypt under Roman rule, has made a hefty contribution for the advancement of astrology. Ptolemy is considered as the father of modern Western astrology. Modern astrology is a development of Hellenistic astrology. Western astrology arose out of the astrological writings of Ptolemy. "Tetrabiblos", developed by Ptolemy is the most important surviving ancient texts on Astrology.

During the European Renaissance, astrology once again gained prominence due to the support it gained in Italy, but only for a brief period. Once again, in early 20th century, astrology in Western society rose up into public favour, imagination, and consciousness. Western culture's fascination for astrology has continued and grown through the years. It was during this final revival of Western astrology that Sun Sign Astrology, ideas on karma and reincarnation, and the reading of daily horoscopes first began coming into vogue. Many from the astrological community paved way for the development of the subject. Publishers started realizing that hundreds of thousands of readers were interested in astrological forecasts and the interest grew more intense and hence astrological forecasts were published in newspapers and periodicals based on the date of birth. Publishing Sun-Sign astrology columns in astrological books and magazines in later decades of the 20th century has become very popular as we see now. 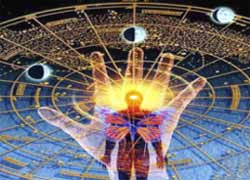 A movement of rediscovering the ancient traditions of astrology was initiated only very recently in the 80's. The most important efforts in this area were initiated by a group of scholars in Europe. End of the 19th century was the time they initiated the mission of collecting the existing manuscripts on astrology that were written in ancient Greek during the Hellenistic, Roman and Byzantine periods. A Belgian scholar, Franz Cumont, was the one who led the project and it took 50 long years for him to collect, catalogue and edit all of them. This huge collection was then published in twelve volumes which came to be called the catalogue of the codices of the Greek astrologers.

Critical analysis of numerous astrological texts in full and in fragments were carefully examined and edited by diligent linguists and eminent paleographers. Since these editions were in the ancient texts in their original languages, they did not get the due reception they deserved amongst the astrological community in view of the difficulty in reading them. And the editors themselves, at that time, did not intend to popularize the astrological content of the ancient texts and they accomplished the work with the expectation that it might shed some light on the religious beliefs, cultural customs, scientific methods and other such peripheral concerns of the ancient people who practiced them. However, by then, few western astrologers started reviving and reconceptualizing the practice of astrology. Alan Leo, a devoted member of the theosophical society, made an impact in reintroducing the practice of astrology in English, French and German speaking countries with the help of his association with the theosophical society. His work also had the effect of simplifying the technical practice of astrology drastically. Leo's contemporary, Sepharial also wrote a number of astrological works, which had a somewhat reduced effect. 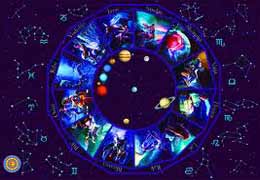 In late 20th century, Mark Edmund Jones and Danne Rurudyhar, made the revival and transformation of astrology and worked for the religious, philosophical and technical growth of the system. They were the key personalities to combine the modern science of psychology into the field of astrology. They respectively introduced two systems viz. "planetary patterns" and "conceptualization of the lunation cycle" which lent a hand for the technical simplifications. They highlighted the theosophical implications and psychological effects of astrology. Modern western system of astrology was developed based on these aspects. Astrologers of 60's and 70's inherited this system and it is being practiced till present time.

Modern western astrological system is a handiwork of a few of influential astrologers who were able to inherit fragments of the astrological tradition and then they gave a new face to it with their own religious, ethical and theoretical ideas infused. Though basic technical principles of this system and that of ancient traditions are comparable, it is actually quite different from the theoretical and philosophical point of view. More than 2,000 years have passed since the Hellenistic astrology was found and flourished in the ancient world. The expectation of the present day astrological community for the successful accomplishment of the current movement aimed at the complete recovery and revival of the ancient traditions of astrology is high. Though there are so many systems of astrology being practiced at present, it is no exaggeration that the old tradition of horoscopic astrology, (Hellenistic astrology) with scientific advancement is catching up once again and will thrive in future.