Astrology is a subject that deals with the influences of the planets, stars and other celestial phenomena on human lives.Astrology was founded on nothing but the strong religious belief of mankind. In olden days, it was confined to observations and examinations of the celestial bodies such as planets, stars etc., which were believed to depict omens that might affect kings and kingdoms, as planets and stars were thought of as Gods or their direct subordinates.

One school of thought among the scholars is that the Mesopotamians are the pioneers of astrology. And this notion is supported by the fact, apart from so many other extant evidences, that in the Hellenistic period, astrologers were referred to as "Chaldeans" and "Babylonians" since the regions Chaldea and Babylonia were parts of Mesopotamia. 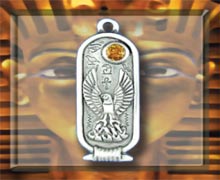 Though Egyptian astrology is also claimed to be the forerunner in the field, it is hard to determine the definite origin of astrology between these two traditions, on the basis of the existing evidences and available write ups.

It is interesting to note that the word "astrology" has been derived from the Greek "astron" (constellation) and "logia" (study of). If the Mesopotamians are considered as the real inventors, it might be true that the Egyptians adapted a system related to the subject from the Mesopotamians which got the name "astrology". The Sumerians, who settled in Mesopotamia around 4000 B.C., were the first people to worship the sun, moon, and the planet Venus. These known heavenly bodies were considered as gods, or the abode of gods.

The moon god was named as Nanna, the sun god as Utu, and the god of Venus as Inanna. Sumerians worshipped other gods too, especially gods of creation. Worshiping celestial bodies and natural phenomena as gods was prevalent in other cultures like Akkandian, a neighboring region of Sumer, but, of course with different names. Till 300 B.C, only the priests were conversant with the knowledge of the heavens and they were practicing religion and astrology simultaneously. The Egyptians believed that the sun god controlled the Nile River, the nucleus of life in Egypt, and by virtue of it made the people prosperous. The moon and Venus, too, held superior places.

Alexander the great advanced on Egypt in later 332 B.C. With him the Greek culture entered Egypt. The System of Egyptian astronomy also found way into Egypt. Babylonian astrology utilized the benefits of this system which gave birth to the horoscopic astrology. The system took a new approach to astrology by merging with the Greek Horoskopos (Hellenistic term for Ascendant Horizon -The visible juncture of Earth and the sky). The twelve celestial houses came to be used for astrological chart preparation. As said earlier astrology was originally a tool to find omens and guide the rulers. The most significant contribution that the Greeks have made to astrology was to trace individual horoscopes by the positions of the stars and planets at the date and time of one's birth. This method was developed by Egyptians in the 5th century B.C. The improvement in this direction interested other regions like Europe, India and the Middle East and soon spread to other nations also. 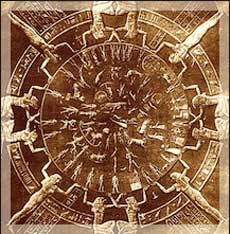 The zodiac represents the imaginary division of the sky into twelve sections, each containing a constellation. Each section was assigned three stars. Months and days were associated with special deities or gods. It is believed that the Egyptian zodiac was created in the first century B.C. Historians have stated that an Egyptian Pharaoh (ruler) named Nechepso was the one who was given the system of horoscope astrology. During his reign a large book was formulated which laid the foundations for Hellenistic astrology. All horoscopic systems that followed after this development were primarily based on this system.

Most of our understanding of Egyptian astrology is contained within the Cairo Calendar, which consists of a listing of all the days of an Egyptian year and hence is viewed as an important document. All the listings in the calendar can be split into three categories. The first part contains favourable and unfavourable days etc., the second for mythological events which may render a particular day favorable or unfavorable, and the third giving a set down behavior associated with that day. The Egyptians very ardently follow the verdicts and advice given by the astrologers which include even simple day to day activities like not to go outside, not to bathe, or to eat fish on a particular day etc.It is obvious that most of the modern astrological systems are based on Egyptian astrology. Zodiac used in modern astrology is similar to The Egyptian zodiac.

Representation of constellations of the two zodiacs is more or less identical and their Latin names can be compared to that of Babylonian as: 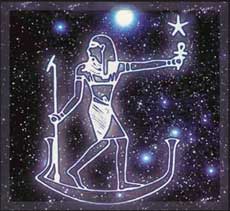 Ptolemy, an expert astrologer during the Alexandrian reign, has contributed heavily for the advancement of astrology. He is considered instrumental for the creation of the Western astrological traditions. Tetrabiblos developed by Ptolemy is the most important surviving ancient texts on Astrology. Even though his hypothesis that the Earth stood fixed at the center of the universe, with Sun, moon and the other planets whirling around it was disproved, this theory is still followed for the calculations of positions of the celestial bodies. Ptolemy systematized the study of planets, stars, houses as well as the signs of the zodiac. The manner in which Ptolemy set the functions of each of these elements is being followed as a set of rules even now..